Anne SmythTeacher of the Deaf

Born and raised in Portland, Anne received a B.A. in government from Pomona College in Claremont, California. She spent six months in France during college, where she visited her French cousins each weekend and developed a love of the culture. After college, Anne worked at KINK Radio in Portland for 9 year as office manager and writer of an environmental feature, Subject: Earth. After her children, Colleen and Spencer, were born, Anne decided to stay home. She busied herself working in their classrooms, serving on PTAs, and lobbying Salem for more money for schools.

After her third child, Frances, was born with a profound hearing loss, which was identified at 7 months, Anne became immersed in a new subject: auditory/oral communication. She was fortunate enough to live just two miles from Tucker-Maxon, where her hearing children were attending preschool, and started Frances in their early intervention program right away. When Frances started kindergarten in the mainstream, Anne began work on a master’s in deaf education at Lewis & Clark. She has been a teacher of the deaf at Tucker-Maxon since graduating in 2005.

Anne was a presenter at two Oregon AG Bell conferences: Strategies for Developing Language in Children Who Wear Cochlear Implants, and Communication Options for Children with Hearing Loss. She also served on the board of the Oregon Chapter of AG Bell for four years and the Oregon Early Hearing Detection and Intervention (EHDI) Committee for four years. She testified in Salem in favor of passage of the Newborn Infant Hearing Screening law. She also helped create a video for deaf educators in Minnesota entitled Teaching Conversational Competence to Children with Hearing Loss. She received her Listening and Spoken Language Specialist certification in 2008.

In her free time, Anne enjoys fishing, hiking and kayaking at her family’s lake cabin in Washington, as well as running and walking her dog in her neighborhood. She also loves to read, work puzzles, cook, and knit. 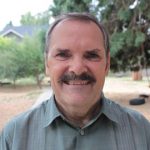