Deborah Hedges was born and raised in Iowa and graduated from the College of St. Mary in Omaha, Nebraska. Post college, she worked in medical information administration at the VA hospital in Portland and St. Mary’s in San Francisco. She then spent about two years on cancer research projects in Liverpool, England and Edinburgh, Scotland. While traveling the rest of the way around the world, she ended up opening a restaurant in Kathmandu, Nepal in the late 70’s. Wild streak over, she went to work for Kaiser Permanente Northwest when she returned to the states. She spent thirty-four years there as a statistician, medical economist, systems analyst, and hospital administrator. In 1985, went to work for the Permanente medical group in a variety of capacities including director of communications, government relations, and, finally, Human Resources.

Deborah and her husband Bill (attorney) have been married for 40 years and have three children, two of whom started out at the preschool program at Tucker-Maxon in the 1980’s and 90’s. Her 4 year-old grandson just finished his first year at Tucker and is now going to summer camp.

“Tucker has been a part of my life for decades and its on-going success and excellence is both important and a joy to me.” 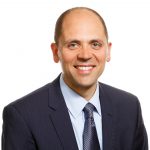 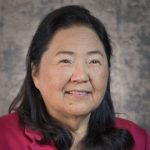