Linda GoodwinTeacher of the Deaf

Linda Cook Goodwin was born in Albany, New York. She is the oldest of 8 children. She grew up in Upper State New York where she eventually went to SUNY Plattsburgh. Before graduating with a degree in Communication Disorders, she meet her husband Rick and became a lifelong hockey fan. They were married in 1982 and they moved to his hometown in Montreal, Quebec. There she attended McGill University for 2 years and received her MSc degree in Auditory Oral Rehabilitation. While attending McGill she did internships at The NY League for the Hard of Hearing in New York City, The Children’s Hospital of Eastern Ontario in Ottawa, Ontario, The Children’s National Medical Center in Washington, DC, and at Tucker-Maxon Oral School in Portland, OR.

After choosing Tucker Maxon to start her career, Linda and her husband packed a van and a UHaul trailer and traveled across the US and Canada to Portland, OR. After working at Tucker for 2 years, Linda was awarded the Alexander Graham Bell Rookie Teacher of the Year Award. A few months later her son, Russell Richard was born and was followed three years later by his brother Jackson Lee. Linda has worked at Tucker for 29 years. She has worked with families in Early Intervention and taught preschool, elementary and done itinerant work with students in K – high school. She is currently the principal at Tucker.

Linda and her family enjoy camping, boating and traveling yearly to visit family in Sydney, BC and back east to Virginia, North Carolina and New York. 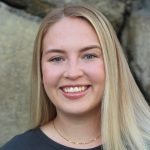 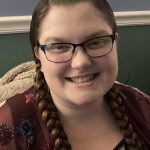