Rick Sorensen is almost a lifetime resident of Washington state. Rick has been the controller for two large non-profits in the Portland area: Mercy Corps and Medical Teams International. Rick received his accounting degree from Central Washington University in Ellensburg and passed the CPA exam a couple of years later. Rick began his non-profit accounting career as a finance manager based in Manila, Philippines for one year and then moved to Quetta, Pakistan for another year, both times with his family and while working for Mercy Corps. During his career Rick has been to 40 different countries, worked with and trained many accountants from various countries.

Rick and his wife, Janet (who is still his best friend) have 2 sons. Andy (and his wife Leah) live in downtown San Francisco and Eric (and his wife Ellen) live in Portland. Rick likes to ride motorcycles, has a private pilot’s license, and loves to hike (with their 2 year old golden retriever), fish and camp. 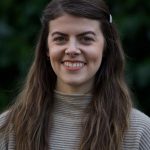 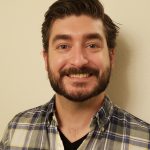