Dr. Timothy Hullar, joined OHSU in December 2014 as Chief of Otology and Neurotology and Director of the Cochlear Implant program. Tim is a Fulbright Scholar out of Stanford University and received his medical degree from Harvard Medical School. He completed his residency training at John Hopkins University and subsequent Otology and Neurotology Fellowship at John Hopkins under Dr. John Niparko, during which time he received the Outstanding Chief Resident Award.

He departed his position at Washington University of Medicine in St. Louis where he was Director of Otology, Neurotology, and Skull Base Surgery. He brings 11 years of clinical experience in Neurotology including treatment of pediatric and adult patients with deafness, cochlear implantation, tumors of the skull base, imbalance, facial paralysis, and tinnitus. His research interests include cochlear implantation and auditory-vestibular interactions and he will work closely with the Oregon Hearing Research Center and NCRAR expanding translational research at OHSU.

In his free time, Tim enjoys sailing and kayaking. 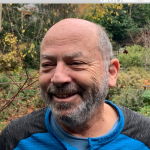 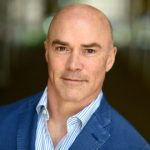