Jim Knutsen has spent 33 years working with the hearing impaired. Jim attended Oregon State University where he received his B.A and M.A. in Audiology and Business administration. He started his career at the Portland V.A. hospital at the National Auditory Research Lab. Shortly after that, he joined the East Portland Ear, Nose and Throat Clinic where he practiced for 15 years. In 2000, he joined Starkey Hearing Technologies as a field representative. In 2006, Jim became The Northwest Regional Manager and in 2009 he became the Western U.S. Sales Manager. In 2014 Jim became the NW Regional Business Manager and Starkey Hearing Alliance representative. He is a past president of the Oregon Hearing Society and a former director of the Tristate Hearing Commission.

Jim spent over eight years coaching youth sports in the Portland Area but now spends most of his free time with his wife Mary Ellen and their dog Lloyd.

Jim was first introduced to Tucker Maxon in graduate school and reconnected with the school in 2015 through Starkey’s sponsorship of the annual auction. 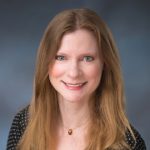 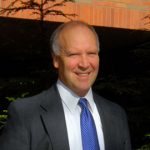