Erin Henry “just knew” her daughter Vivian was deaf from the day she was born. Unlike parents with typical hearing, Erin already knew about being deaf because she is too. Erin also knew about Tucker Maxon School because she is an alumna. Erin’s father moved their family all the way from California to Portland when Erin was five so she could attend Tucker Maxon. Erin started bringing baby Vivian to Early Intervention here when she was just three months old. Erin knew how important it was to start Early Intervention as soon as possible. Typically hearing children begin hearing while still in the womb, and begin learning and developing language skills from the moment they are born. For babies like Vivian, time lost was potentially language lost.

At four months, Vivian received her first hearing aids from Tucker Maxon. Erin spent the next year researching cochlear implants. While she was unsure at first, Erin realized: “it’s not about me…It’s about Vivian…and her future.” Erin made the decision to have Vivian get cochlear implant surgery when she was 18 months-old. When our audiologist first turned on her implant, Vivian burst into tears, which broke Erin’s heart. But Tucker Maxon’s audiologist assured Erin that Vivian’s reaction was typical. After that, Vivian would cry when Erin took the implant off. Vivian wanted to hear all the time! When her hearing loss got worse at age three, Erin chose a second implant surgery for her daughter.

Still, when Vivian first arrived in preschool, she spoke only a handful of words and struggled with balance. “I wanted to wrap her in bubble wrap, and get her a helmet,” remembers Glen Gilbert, who had recently started as Executive Director. Because of their early lack of exposure to sound, children with hearing loss experience an immediate disadvantage in spoken language development. While early intervention is critical to overcoming this disadvantage, almost all children with hearing loss enter preschool with spoken language deficits. After three years in preschool, Vivian is now thriving in kindergarten. Now, thanks to Tucker Maxon, Vivian is the queen of the playground, and no one can get her to stop talking! Vivian has found her voice and has plenty to say. Today, Erin believes Vivian has limitless opportunities thanks to Tucker Maxon.

Vivian’s progress has been swift. When asked what she likes best about being at school, Vivian says “I like everything at Tucker Maxon!” When pressed, she reveals the kinetic sand pit in her classroom is her favorite. With a big thumbs up, Vivian admits that it is “Pretty cool to be in kindergarten. Mrs. Shaffer is awesome!” Erin remembers “my first days of school here were filled with the love and caring of the staff at Tucker Maxon. It is that love and connection that I still see at the school today. I am grateful for the teachers and staff at Tucker Maxon who helped me grow and are now helping Vivian soar!”

At Tucker Maxon, Vivian has blossomed. Vivian has a big personality. She loves to make people laugh, knows what she wants, and she won’t let anything stop her. Erin’s been “blown away” by Vivian’s progress; “she is picking up so much from her hearing peers…her brain is working all the time.” Erin didn’t think Vivian would be this far along, noting that she exemplifies Tucker Maxon’s values of confidence, creativity, conversation, and community. Erin knows Vivian will have valuable tools when she applies to college or a job… “Vivian can be anything she wants to be.” Right now, her dreams include becoming a doctor, a teacher, or maybe a veterinarian. Vivian’s dreams are big, and Erin wants to help her reach her goals. Tucker Maxon’s goal is to help Vivian, and every child, reach their full potential.

But none of this would be possible without your help. Children who are deaf can’t do it alone. Tucker Maxon receives no state funding to support our work. Like Vivian, more than half of our students who are deaf and hard of hearing receive financial aid. Many of these families struggle with the higher costs of caring for and educating a child who is deaf. Few families of children with hearing loss can afford to pay the full tuition at our nonprofit school. Vivian is thriving because of the individual attention she receives at Tucker Maxon. From Early Intervention through Kindergarten, Vivian has benefited from the one-on-one attention she receives daily from our expert teachers of the deaf, in hour-long speech therapy sessions, and in regular visits with our on-site Audiologist… all of these highly-trained professionals under one roof. Everyone at Tucker Maxon works together to ensure that Vivian is receiving the best education possible so she can reach her full potential. 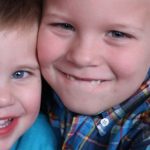 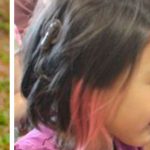